Shams-plosion: NBA Coaches to Have Challenge Flags in 2019-20 Season

Shams Charania is back at it again, but this time it’s not a free agency update. Shams announced that starting in the upcoming season, NBA coaches will have challenge flags that they can use to challenge a call on the floor – similar to the NFL!

While it is an interesting twist to the game of basketball, it will also bring a lot of questions. Here is everything we know so far about the new NBA Challenge Flags rule.

Shams-plosion: NBA Coaches to Have Challenge Flags in 2019-20 Season

The news came as a surprise to most, but it is actually nothing new.

Sources: The NBA Board of Governors have passed the implementation of in-game challenge flags for head coaches for the 2019-20 season.

The NBA Summer League in Las Vegas has actually been experimenting with the new challenge rule to see if it was something that they wanted to bring over to the big leagues. The NBA announced the change to the summer league in late June, hinting towards the possibility that the regular season NBA would follow suit:

“We anticipate this rule will be in effect in the NBA next season as a one-year pilot program,” NBA Basketball Operations President Byron Spruell told teams in the memo, a copy of which was obtained by The Associated Press. ESPN first reported the memo’s contents.

The released memo continues to give more detail on to how the challenge rule will work. Unlike the NFL, there is no physical flag. If a coach wants to challenge the play, he or she must first call a timeout and then immediately signal to the referee that they want to challenge the play. The signal will be a twisting motion of the index finger.

According to the NBA, only certain plays may be challenged.

The league told teams Friday that, pending expected approval by the Board of Governors on July 9, coaches may challenge a personal foul charged to their team, a called out-of-bounds violation, a goaltending violation or a basket-interference violation. No other call may be challenged.

Adam Silver Does It Again

With the new rule in play, it will be interesting to see how coaches and teams adapt. For now, with still not much information released on the matter, there are still a lot of unanswered questions. One positive thing is that it is great to see the NBA not being content. Unlike many other sports leagues, the NBA is always finding ways to improve and get better, thanks to commissioner Adam Silver.

If only this was a rule in the past. So many teams could have benefited from this new rule, for example, the Houston Rockets in game seven of the 2017-18 Western Conference Finals when James Harden got all the bad calls.

Are you a fan of the new rule change? Let us know what you think in the comments below! 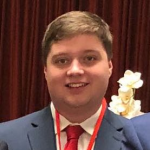