Analyzing The Return of Carmelo Anthony

The NBA world was almost certain that Carmelo Anthony would never suit up again. His last two chances in the league were short, ineffective stints with the Oklahoma City Thunder and Houston Rockets. He came in as a man who was expected to provide a complimentary offensive threat, but his ensuing bricks and lack of defensive effort harmed his teams more than anything.

One year of no NBA games or in-game conditioning had doubters rightfully pouring dirt on his career grave. Then, the floundering Portland Trail Blazers called, and before the world knew it he was bracing for tipoff at center court donning black, red, and white.

Anthony first joined the team on November 19th against the New Orleans Pelicans. Since then, he has faced the Milwaukee Bucks, Cleveland Cavaliers, Chicago Bulls, and Oklahoma City Thunder. Blazers coach Terry Stotts wasted no time integrating Melo by sticking him right in the starting lineup. The Blazers have won two of the five contests they’ve played with Anthony in the lineup. One against the also-ailing Chicago Bulls and one versus the sometimes shaky, but competitive Thunder. That Bulls win (117-94) was arguably Anthony’s best showing (25 points, 10/20 FG, 4/7 3PT), but he followed that up with a sizzling mark from the field (9/11 FG) in a 19-point showing against the Thunder.

His teammates and the crowd were ecstatic at the sight of this positive sign in Anthony’s redemption tour. The opposing Chicago crowd was even cheering for him to score on their own team! It was also a comforting reminder that he can at least get buckets against NBA talent in a win. Certain sects of the NBA fandom and the players especially have an affinity for Anthony. It all came pouring out in this 25-point showing against Chicago. It still isn’t clear whether he can make a meaningful defensive impact, a department sorely needed on this Blazers team. But Carmelo Anthony is still in good enough shape to provide scoring next to Damian Lillard and CJ McCollum.

He exhibited overall decent shot selection in his 25-point outburst. He spotted up above the break and in the corner for threes, pulled off a few one-dribble pull-ups, and attacked the hoop with aggression when the defence gave it to him. Anthony still had a few ball-stopping, jab step plays, but hopefully, he minimizes those. The team can still use them if he’s hot and they really need a bucket in a close game.

In his debut against the Pelicans, he managed to put up 10 points on 4/14 from the field with a team-worst -20 in plus-minus. This was the inefficient Carmelo Anthony all of the doubters expected, although leeway should be given for his first NBA game in a year. He bounced back a bit in his second game with 18 points on 6/15 shooting with 3/5 from three in a tough road matchup against the Milwaukee Bucks.

The following game against Cleveland would’ve been a great game for the team to carry on their competitive momentum from Milwaukee. Unfortunately, Anthony (11 points, 5/15 FG, 0/8 3PT) and the Blazers put up a dud against a Kevin Love-less Cavaliers squad. If he didn’t have a spectacular bounce-back performance against the Bulls, you could bet that the franchise and Portland faithful would be raising questions. It’s even more comforting that he followed that up with a 9-of-11 mark form the field in a win.

Making Sense of the Results

Carmelo Anthony is a shooter, so he’s going to have off nights. It’s going to come down to whether he’s doing the little things to make his teammates succeed. He can still contribute by fighting for rebounds, playing good team defence, and using his gravity to set teammates up for shots.

These are things that Anthony has shied away from in the past. He didn’t want to just slink back and be a guy that does the dirty work in his past two stints. Well, a year job searching to no avail may have taught him lessons.

This five-game sample size is promising in terms of his raw averages. Terry Stotts is letting him get some run with a starting spot and 29.5 minutes per game.  In that time, he’s pouring in 16.6 points, five rebounds, and 1.8 assists while shooting 45.3 percent from the field and 37.5 percent from three. The most encouraging stats have to be his point average and his percentage from three. They’re completely sustainable numbers too if Melo keeps taking good, open looks that fit within the Blazers’ offence.

Anthony is on a non-guaranteed, veteran minimum deal that pays him around $14,500 a day. It becomes guaranteed on January 7th if the Trail Blazers still have him on the roster. This means he’s technically trying out for an NBA roster spot over the course of the next month.  He’s made it clear that at this point in his career, he’s going to do whatever it takes to stay on an NBA team. Expect him to stay in that same mindset over the next month, and he’ll probably do the same beyond the cutoff point of his deal.

He has publicly stated that he doesn’t view this chance as a “farewell tour”. He wants to keep playing beyond this year, and that means he’s going to have to keep solidifying his value as a complementary scorer and sufficient role player. The forward spot will be a bit more packed when Zach Collins returns from shoulder surgery in March. If rumors come true though, the Blazers could make a trade before for a big like Kevin Love. Anthony has obstacles to face in his journey back to steady NBA relevance. But in his 17th season at 35 years old, there’s still a path for him to play. 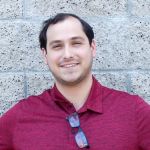