The Atlanta Hawks all-time starting five profiles the best players at each position in franchise history. The Hawks have been a mediocre team at best over the past few seasons. They are in the midst of a long championship drought and haven’t made the playoffs in three seasons.

However, Atlanta has produced some of the best players in NBA history. Notably, Dominique Wilkins is arguably the greatest player in franchise history. But, which other four players make the Hawks all-time starting five?

Jeff Teague was drafted by the Hawks 19th overall in 2009. He remained in Atlanta until 2016. While with the Hawks, Teague played a major role in the rotation and developed heavily.

He averaged 11.9 points per game and 5.1 assists per game during his time in Atlanta. During the 2014-15 NBA season, Teague was named an All-Star. He helped make the high ball screen a pivotal part of the Hawks’ offence.

Teague made his return to the Hawks this season to mark his second tenure with the team.

Pete Maravich is arguably one of the best guards to ever play basketball. Not just in the NBA, but in college at LSU as well. During his career with the Hawks, Maravich averaged 24.3 points, 4.2 rebounds, and 5.6 assists per game.

He played in a total of 302 games in Atlanta. ‘Pistol Pete’, as he was called, did play for other teams during his career, but his contributions to the Hawks helped land him on this list. His number 44 is retired by the Hawks and hangs in the rafters at State Farm Arena.

Dominique Wilkins is the greatest player in Hawks history. During his tenure, he averaged 26.4 points per game, along with 6.9 rebounds and 2.6 assists. The Hall of Famer also had 1.4 steals per game in 882 total games played for the Hawks.

Wilkins is one of the most versatile players to ever play on an NBA court. He never made it to the second round of the playoffs with the Hawks, but he still made the All-Star game nine times and averaged 29 or more points per game for five straight seasons.

The list of accomplishments that Wilkins accounted for with the Hawks is lengthy, which just goes to show how great of a player he was. He also won the 1986 scoring title and made the All-NBA first team that same season.

Josh Smith is undeniably one of the better power forwards of the 2000s. He achieved a ton of success during his time in Atlanta. Smith played for the Hawks from 2004-2014. He was sent to Detroit before the start of the 2014-15 season.

During his career in Atlanta, Smith led the Hawks to six straight playoff appearances. He played in 81 games twice in Atlanta. Smith’s best season with the Hawks came in 2011-12 when he averaged 18.8 points per game

Zelmo Beaty played in 501 games with the Hawks. He spent his first seven seasons in the league in Atlanta. Six of those came when the team was still in St Louis, Missouri. Beaty came with the team for their first season in Atlanta.

The Hall of Fame big man is one of five Hawks centers to be inducted into the Pro Basketball Hall of Fame.

Beaty ranks in the top three in franchise history among centers for games played, minutes played, points, rebounds, and assists. His longevity and solid performance are what helped land him on the list and in the Hall of Fame. 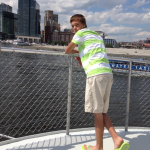