So, the Los Angeles Lakers won the 2020 NBA Championship in the bubble on the backs of LeBron James and Anthony Davis. This invariably led to the new-aged asinine question; Who is the greatest basketball player of all time? In layman’s terms, who is the NBA’s GOAT? Is it King LeBron James or the immortal Michael “Air” Jordan?

Social media is ablaze with the NBA’s GOAT discussion. Everyone has an opinion. Pundits are divided. People have “takes.” Stephen A. Smith, Bomani Jones, Chris Broussard are all in Jordan’s corner. Nick Wright and Colin Cowherd are in James’ corner.

Who Is The NBA’s GOAT?

The Tale of the Tape

Jordan’s resume is legendary. His Airness played a total of 15 seasons, earning 13 All-Star selections, five MVPs, 10 All-NBA First-Team selections, and nine All-Defensive Team selections during that time. He also led the league steals three times, along with being awarded the NBA Defensive Player of the Year award once. Jordan’s Bulls went undefeated in the NBA finals 6 – 0. That’s the crux of the argument really; Jordan never lost in the NBA finals.

King James, on the other hand, just completed his 17th NBA season. James was selected to 16 All-Star games, , 13 All-NBA First team, six All-Defensive teams, and won four MVP awards. He also led the league in assists for a season. Teams featuring James have been to the NBA Finals 10 times, winning four titles.

From a purely statistical point of view, six-fo-six is superior to four-for-10. However, that can’t be considered the closing argument in this case. There are many factors to consider, such as teammates, coaches, front office, and of course, opponents.

A Brief Look at Teammates

Running of the Bulls

First off, do you remember the famed commentary from Isiah Thomas (Hall of Famer) when he called the Bulls trio “Superman, Batman, and Rodman?” The second three-peat team featured Jordan, Hall of Fame inductees Scottie Pippen and Dennis Rodman. What’s worth noting is that both Pippen and Rodman were in the prime/late prime of their careers. Rodman was a defensive stalwart as well as a rebounding savant. He led the NBA in rebounds per game each season he played in Chicago and made the All-Defensive team in 1996. Pippen was no slouch, either. Pippen was selected to both All-NBA and All-Defensive teams from 1995 to 1998. Those selections meant Pippen was a top tier superstar alongside the legend.

Other notable teammates included Toni Kukoc and Steve Kerr. Remember, Kukoc led the newly formed Croatian National team to a silver medal in the 1992 Barcelona Olympics. Jordan, Pippen, and the “Dream Team” won that. Kukoc was undeniably the best player in Europe before playing in the NBA. Kerr, on the other hand, was a gunslinger. To this day, Kerr is statistically the most accurate three-point shooter in NBA history, boasting a career 45.4 percent accuracy.

The first three-peat featured power forward Horace Grant in Rodman’s stead. Grant was an enforcer with a silky smooth mid-range jump shot. In the line-up, Grant was selected to an All-Defensive team for four straight seasons, including the entirety of the first three-peat.

James, on the other hand, had Dwyane Wade and Chris Bosh as teammates in Miami. Wade, in particular, was a star but often injured. Though he was selected to the All-NBA teams throughout James’ tenure in Miami, Wade never played more than 70 games per season. A swashbuckling wing nicknamed “Flash,” Wade and James dazzled the crowds, but Wade often left them yearning for more. Bosh, an 11-time All-Star, was much more reliable, playing over 75 games per season almost every year James was in South Beach, with 2012 being the exception. Sharpshooter Ray Allen defected from the Boston Celtics and joined the Heat as well.

James left the Heat and returned to the Cleveland Cavaliers, where he teamed up with another talented yet oft-injured guard in Kyrie Irving. Irving’s talent is undeniable. However, his ego is taller than the Statue of Liberty. Remember, Irving requested a trade after the Cavs won the NBA title because he wanted to lead his own team.

Forget the fact he often forsakes his defensive responsibilities; mentally, Irving appeared disengaged at times and was rumored to be aloof in the lockerroom.

Another player James played with was Kevin Love. Love was a rebounding machine with a shooter’s touch. What was remarkable about Love was his inability to play defense consistently. The rest of the Cavs roster consisted of bad to awful, inconsistent NBA players.

Now in LA, James suffered a similar fate. Luckily, the arrival of Anthony Davis changed that. Davis wanted out of his previous situation, and the Lakers/James made sure he played there.  It is worth noting that Davis might be the only teammate James has had to prove as valuable as Pippen was to Jordan. Davis is in his first season in Los Angeles.

Despite the musing of all the experts, pundits, and savants, it is a team that emerges victorious after an NBA season, not just the star. Until recently, the star player had precious little input in choosing who he wanted to play with. This is another way of stating that simply praising Jordan alone for the Bulls’ success is silly and badly misinformed.

The man responsible for putting that juggernaut together was general manager, Jerry Krause. Krause, one can reasonably argue, is the greatest front office executive of all-time. It was Krause who found Pippen playing in the NAIA division. Krause recruited Kukoc to the NBA after hearing about him in Europe. The thing is, Krause sought credit for his great work, and that often landed him in hot waters.

James played under such stability twice in his career, with the Miami Heat, and with the David Griffin-led Cavaliers. The Heat are led by “The Godfather” Pat Riley himself. Riley initiated “Heat Culture,” and the organization is renowned for its professionalism on and off the court. Heat Culture was in full effect recently, with the Heat reaching the NBA Finals this past season.

The Cavaliers are an organization that has values issues. Since he purchased the team, Dan Gilbert has steadfastly refused to sign his front office staff to a contract extension. As a result, Griffin was let go after the Cavs’ title run.

In LA, there was turmoil and tumult in the Lakers organization in the front office. Emerging from the ashes were Magic Johnson and Rob Pelinka. The stove quickly got too hot for Johnson, who left without informing his boss (and friend) Jeanie Buss. Still unsatisfied,  Johnson publicly trashed Pelinka in an ESPN interview. Are those optimum conditions for success?

How then, can one conclude that Jordan (undoubtedly an all-time great) is the NBA’s GOAT over James? Honest question. No clear answer. 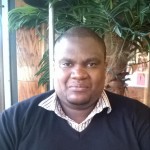