What to Expect from the Denver Nuggets After Break

This past week, Nikola Jokić joined Wilt Chamberlain as the only centers in NBA history to record 50 career triple-doubles. Jamal Murray was ranked fifth in the NBA’s defensive player ladder, and Michael Porter Jr was named a rising star for Team USA. After a rough stretch early, the big three have led the Denver Nuggets to a turning point in their last eight games before the All-Star Break with a 6-2 record. The Nuggets are 21-15 heading into the break with a better net rating than the Lakers, Clippers, Nets, and 76ers.

The Denver Nuggets spent the last four games before the break on the road. They finished the road trip 4-0 with MVP-candidate Jokić averaging 28.8 points, 9.6 rebounds, and 10.3 assists per game. Murray averaged 24.3 points, 2.3 rebounds, and 4.5 assists per game and Porter Jr. averaged 18 points and 10.8 boards per game while shooting 60 percent from the field and 56.7 percent from three. Looking at the numbers, the big three are finally coming together. Injuries and COVID-19 protocols put the unstoppable trio on hold at the beginning of the season, but they are here now.

What to expect from the Nuggets after the All-Star Break

Nikola Jokić’s MVP campaign and Jamal Murray’s DPOY campaign should be giving the Nuggets drive to start off strong after the break. With the Nuggets standing just sixth in the Western Conference, their campaigns are being overlooked because of the team record. Jokić this season has recorded nine triple-doubles and is ranked first in player efficiency rating. Jamal Murray’s defensive rating is 114.6 and is unlikely to win DPOY but him being in the conversation speaks volumes. With the Nuggets’ defense looking up, there is still a case for Jamal Murray if the Nuggets continue to move up in the rankings.

The Nuggets’ second-half schedule will start in Memphis against the Grizzlies on March 12th. They will finish up on May 16th against the Trailblazers before the playoffs start on May 22nd. With the NBA trade deadline not that far away, it looks like the Nuggets won’t engage in a trade. The Nuggets will most likely stick with this young core for the next 36 games and into the postseason. To ensure a successful second half of the season the Nuggets must focus on defense. Defense is going to be a big deciding factor in whether or not they can secure a spot in the playoffs and become contenders. As a team, turnovers have been a killer, which must be controlled. Out-rebounding the other team has been something head coach Mike Malone has pushed all season, and for good reason. When the team does this, they win.

While Malone has seemed to find the perfect lineup with MPJ starting at power forward, there are three main contributors looking to come back. Paul Millsap, JaMychal Green, and Gary Harris have all been out for quite a few games and are looking at the All-Star break to rest. Hopefully, they will rejoin the team on the court after this weekend. The Nuggets are going to need a full and healthy roster if they are looking to dominate their toughest opponents in this second stretch. So far, the Jazz, 76ers, Lakers, Nets, and Clippers are looking to be the biggest challenges. With MPJ starting to find his role, Denver Nuggets basketball should be more exciting than ever to watch in this next stretch. 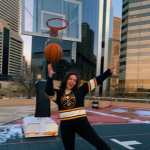