The Los Angeles Lakers teams in the early 2000s won three straight championships. They were led by Shaquille O’Neal and Kobe Bryant and critical role players Robert Horry and Derek Fisher, but some other role players played a crucial role in the Lakers championship run.

Rick Fox joined the Lakers in the summer of 1997. In his first season with the Lakers, he averaged 12 points per game as a starter. The following two seasons, he came off the bench but was a critical factor in the Lakers’ three championships. Fox didn’t do much scoring with the Lakers, but he was vital as a defender that could slow down the opposing team’s best perimeter player at times.

The small forward was known for playing outstanding defense on Peja Stojakovic and Scottie Pippen in the playoffs. In the 2001-02 season, Fox shot 39% from three-point land. At 6’7″, 230 Lbs, Fox had good mobility for his size.

His basketball IQ was tremendous for Los Angeles; his ability to catch and shoot when O’Neal and Bryant were double-teamed was crucial. Fox created space, knocked down open shots and played solid defense on the perimeter. He could have averaged 15-17 points per game, but he sacrificed his scoring to better the team.

Ron Harper was another critical role player for Los Angeles; he went to L.A. with legendary Chicago Bulls coach Phil Jackson before the 1999-00 season. Jackson needed Harper to help teach the team his signature triangle offense. The guard acted as the on-court coach for the Lakers, and he made a big shot in Game 3 of the Western Conference Finals to give the Lakers a win against the Portland Trailblazers. Harper provided leadership and defense to a team that was learning how to win. Ron won two championships with the Lake Show before retiring.

Brian Shaw also joined the Lakers in the 1990-00 season. He mainly came off the bench, but the Lakers might not have won their first championship if not for Shaw’s performance in Game 7 of the Western Conference Finals. With the Lakers down by 15 points in the fourth quarter, it was Shaw’s two clutch three-pointers that got the Lakers’ comeback started.

The former Orlando Magic guard played a vital role in the Lakers defense off the bench and always seemed to hit timely three-point shots. Like Harper and Fox, Shaw had a high basketball IQ and was like a coach on the Lakers floor. Shaq and Shaw (prior teammates with the Magic)  had an effective alley-oop play called the “Shaw-Shaq Redemption.”

Without the contributions of these three Lakers role players, Los Angeles doesn’t three-peat. They were no superstars, but each brought something to the table. All three played tough, physical defense and knew how to play basketball the right way. Harper and Shaw may not have been high-powered scorers, but they always seemed to come through for the Lake Show when it was time for a clutch basket. The best part about Fox, Harper, and Shaw is they knew their roles and played them well. 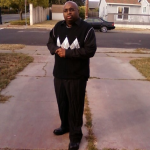