As of February 10th, at 3:00 PM Eastern Standard Time, the NBA trade deadline will pass, meaning no trades are allowed to happen until the end of the season. This moment in the NBA season is always a highlight. Contenders search for their missing pieces as rebuilding teams set up their yard sales. Teams in the middle of the pack either make the playoff push, begin to boot up a rebuild or stay put. This year, the league is full of buyers and sellers and an abundance of storylines to follow. Here is an inside look at all you need to know to prepare you for the 2022 NBA trade deadline.

The Milwaukee Bucks’ struggles this year come from one root issue. Injuries. Brook Lopez has yet to play a game, Giannis spent lots of time in health and safety protocols, and Jrue Holiday has been dealing with health issues all year. But to even have a chance of defending their title, the Bucks need to make a trade and fast. The Bucks are guaranteed to make the playoffs, but the east is more competitive this season. If the Bucks fail to improve, they will be outplayed by the teams who were once behind them.

The Los Angeles Clippers season has been a roller coaster. A roster loaded with talent has failed to impress due to Kawhi Leonard missing the entire season so far due to ACL recovery. However, the right trade at the deadline could be season-altering for the Clippers. They are by no means guaranteed to make the playoffs and are even at the risk of missing the play-in tournament. It isn’t impossible, but the Clippers will need a near-perfect trade to make the playoffs for a fourth straight year.

Ever since the emergence of Jayson Tatum in the 2017-2018 season, the Celtics are going into the season with title aspirations. However, this year with the first-time head coach, Ime Udoka, leading the charge the Celtics have not met the preseason expectations. It may not be the time to hit the panic button, but the Celtics need to get their act together before the trade deadline. Nonetheless, the Celtics will inevitably be in trade talks leading up to the deadline.

The Timberwolves have missed the playoffs for the past three years, but this will not stop them from going out at making a splash this trade deadline. With the possible availability of John Collins, a player the Timberwolves have been interested in for some time, there is no reason for the Wolves not to be aggressive come February 10th. Additionally, note that the Timberwolves are unlikely to retain the rights to their first-round pick this year, so they have an incentive to push for the playoffs.

It is no secret that the Philidelphia 76ers will actively pursue trades for Ben Simmons around the trade deadline, but are rumored to consider trading Tobias Harris. Both players have large contracts but could draw lots of attention around the deadline. The two have been Embiids two co-stars for some time, but with enough interest from other teams, the 76ers could look in a different direction with the right trades.

The Washington Wizards were just one of many teams without a clear direction. Their roster has both young and overachieving players and middle-aged veterans. Because of this, Washington may sell out and trade some of their older players. Some players to watch out for are Kentavious Caldwell-Pope, and Montrezl Harrell, as they both have experience around competitive environments and teams with championship aspirations.

To the Indiana Pacers, this trade deadline is their time to shine. Despite having an abundance of great players, the team has accomplished nothing. The duo of Sabonis and Turner has underwhelmed, and it is almost certain that the pacers trade one of the two. The Pacers may also consider trading Malcolm Brogdon, TJ McConnell, and Torrey Craig. All three have been in competitive team environments and can fill needed roles for many different teams.

With the possibility of losing Damian Lillard for the rest of the season, the Trail Blazers are beginning to look towards 2022-2023. Despite making the playoffs for the past eight seasons, they have just a 27 percent chance of making the playoffs. The Blazers will likely shop both CJ McCollum and Gary Trent around the deadline, as they both could contribute to teams looking to add players at the deadline.

The San Antonio Spurs find themselves in a similar situation to the Wizards. Their roster is full of young players and middle-aged veterans, but unlike the Wizards, the team lacks a true star. The Spurs have the chance to move onto a new chapter with their roster and can do so at this trade deadline. Some players who could depart within the next month are Jakob Poeltl, Doug McDermott, Derrick White, and Bryn Forbes. 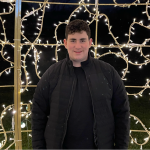