Lamont Evans was hired by Oklahoma State after four seasons as an assistant coach at the University of South Carolina. He started his coaching career at Kansas State University, before moving to South Carolina.

At OSU, Evans accepted the position of assistant coach and recruiting manager. That was before taking over the team as associate head coach in March 2017. He was caught in an FBI operation. This led to his firing from the University after violating NCAA ethical conduct rules by accepting bribes. Bribes worth from $18,500 up to $22,000 – from financial advisers to influence student-athletes.

According to reports, Evans’ infractions began while he was still in South Carolina and remained during his tenure at OSU. However, according to Larry Parkinson, member of the NCAA’s Committee of Infractions, the facts associated with Evans’ actions only concern his time at Oklahoma State, meaning that all evidence related to his actions at South Carolina did not affect OSU’s penalties.

The Punishments for Oklahoma State

Despite Oklahoma’s help throughout the investigation, the NCAA did not take it lightly and delivered quite an extensive list of punishments:

What Does This Mean for Cade Cunningham?

Although an appeal is to be expected by the Cowboys, it will likely last the entire summer. Also, it will not be settled before the school year starts. This begs the question: What does this mean for Cade Cunningham?

To those who follow youth basketball, the name Cade Cunningham should ring a few bells. Cade is the number one prospect in the entire country. He is also the expected number one pick in the 2021 Draft.

With the Oklahoma State news, here’s a quick look at what makes 6-7 guard Cade Cunningham the top prospect in the 2021 draft. Checks almost every box as a prospect. Excellent size + length, great feel, plays both ends, strong resumé between USA basketball, Montverde and EYBL. pic.twitter.com/GKGHJALPzr

A 6’6″, 215-pound point-guard from Montverde Academy, Florida, Cunningham had offers from powerhouses such as North Carolina and Kentucky but decided to go for Oklahoma State to play under his brother, Cannen Cunningham.

Seen as a future NBA star and franchise player, Cade is deadly in pick-and-roll situations and also excels at the rim. He has displayed his full skill set night in and night out.

His position in the NBA Draft will likely remain the same. Even if he isn’t picked number one, he is undoubtedly a top-three pick. However, missing postseason play in his (most likely) only season at the college level might not be in Cunningham’s plans.

According to Jeff Borzello, a college basketball insider for ESPN, Mike Boynton, head coach for the Cowboys, stated: “We’re going to have conversations… We´re gonna try to look at all the options, whatever they are: G-League, overseas, transfer to another school, stay at Oklahoma State… Whatever he decides is best for his future, I’m gonna support 100%.”

Mike Boynton on Cade Cunningham: “We’re going to have conversations. … We’re gonna try to look at all the options, whatever they are: G-League, overseas, transfer to another school, stay at Oklahoma State. … Whatever he decides is best for his future, I’m gonna support 100%.”

Right now, these are Cade’s main options. He can follow top-prospect Jalen Green and sign for the G-League’s innovative program, remain at OSU, and play under his brother knowing that his place in the NBA Draft will likely remain the same as long as he performs at the level he demonstrated at Montverde. Or, he can be released by Oklahoma State and relocate to a new school.

It is unlikely fans will get an answer any time soon. As Boynton stated, they will have to discuss and ponder all alternatives. What we know is that for now, OSU and Cade Cunningham’s futures both seem very uncertain. 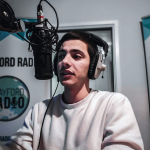