Lakers Thunderstruck by OKC in Orlando

The Oklahoma City Thunder defeated the Los Angeles Lakers 105-86, in what was a much-needed win against this Los Angeles squad.  These same Lakers who during the season defeated the Thunder on three separate occasions, but this team relied on their leader throughout this game.

Offensively, the Thunder shot 43 percent, 34-of-79 from the field.  However, the Thunder shot 5-of-21 (21 percent) from behind the arc, which made the game relatively close.  There was a single-digit lead in the first quarter. The Thunder lead was never really tested as the biggest lead they had this game was 20 points.  They never lost the lead to the Lakers either.  Oklahoma City always had a way to stop the Lakers runs. One aspect that helped stopped these runs was free-throw shooting.

The saving grace for OKC was their free-throw shooting.  In fact, they had made 19 straight free throws. On the other hand, the Los Angeles Lakers shot 19-of-29 from the charity stripe which resulted in a putrid 65.5 percent mark from the free-throw line. An aspect the Lakers must correct soon if they want to continue their campaign for this season’s title.

OKC Players of the Game

Chris Paul was the clear leader of this Thunder team as he guided this team to victory. He did so with veteran moves. He served as a calming force for this young Thunder squad as well as serving as a momentum stopper.  Whenever the Lakers would start to climb back into the game, Chris Paul would make a play.  Paul would find a way to get a bucket for the Thunder or find an easy bucket for his teammates. As we know, he is the true floor general. CP3 finished the game with 21 points and seven rebounds.

Chris Paul with the @OGandE Power Play of the Game. pic.twitter.com/eP77OAZBJR

Steven Adams also helped the offense with his 18 points and seven boards. Adams also served as a way to exploit the Lakers’ bigs.   He was a presence that really could carve the Lakers tenacious defense up. This was accomplished when he was fed down low.  They had no answer for the big Kiwi, which is surprising with how solid of a year Anthony Davis is having defensively.

We can not forget the great play of the rookie Lu Dort who dropped 14 points. He was also tasked with guarding LeBron James.

Lu Dort on guarding LeBron: “In my mind, it was just another game.” pic.twitter.com/HIlxKU7KL0

Lu Dort anchored the defense.  They knew that they needed to come with fierce intensity on the defensive end and they did.  Nerlens Noel had key blocks and played vital minutes due to Steven Adams falling awkwardly in the third quarter.  Andre Roberson also played well as both of them frustrated the Lakers star, LeBron James and held him to 19 points.

In conclusion, this was a great win for the Thunder.  After a disappointing effort against the Nuggets in the game before this, the Thunder regrouped and got back to playing team defense.  Billy Donovan‘s game plan defensively was perfect.  Andre and Lu Dort stopped and frustrated Lebron James. Nerlens Noel and Steven Adams anchored the paint and held Anthony Davis to 3 -11 shooting.  Offensively the Thunder made enough clutch baskets to pull ahead.  They did well at stopping the Lakers’ momentum to win the game.  Overall I would give them an A- for a grade. 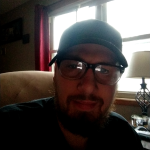