Are These Washington Wizards for Real?

As of Sunday afternoon, the Washington Wizards, the same team that finished eighth in the East with a 34-38 record last year (and 25-47 in 2019-20) is pacing the entire Conference with a solid 9-3 record in the early stages of the 2021-22 campaign. Are they real, though? Is this kind of performance sustainable for Wes Unseld Jr.’s men?

Depending on what your end-of-the-season expectations are. It would be unfair to ask this team to hold on to that first seed all year long: while some organizations have had the same foundation of players for years, the Wizards completely overhauled their roster over the offseason, shipping Russell Westbrook to the Los Angeles Lakers and bringing Montrezl Harrell, Kyle Kuzma, and Kentavious Caldwell-Pope in that trade and also acquiring dynamic point guard Spencer Dinwiddie. However, the Wizards look very good and might be a top-four unit in the East. That’s saying a lot.

Are the Washington Wizards Legit?

They are a more engaged team now. Unseld Jr. has successfully injected star, Bradley Beal, with the will of playing pesky on-ball defense and smart off-ball defense. And the Wizards’ supporting cast has been marvelous, to put it lightly, taking some of the burdens off Beal’s shoulders.

Bradley Beal on the Wizards depth of veterans:
⁰“It feels great. Not having to make every play, do everything, I can really focus on a lot of other things in a game, especially my defense. But more or less it’s an amazing feeling knowing that you have vets.” pic.twitter.com/osxTOXA5yL

Let’s put it this way: the Wizards are leading their conference with Beal shooting 40.7 percent from the floor (his lowest mark ever) and 25 percent from downtown. Once he finds his rhythm, this team could be even better.

The keys here are Washington playing excellent defense as a team (they have the East’s best defensive rating, at 102.4) and other players besides Beal doing a great job. Harrell, in particular, has been extremely impressive, averaging 18.2 points per game in just 28.9 minutes, adding 9.0 rebounds, 2.3 assists, and 1.1 blocks. His sweet 64.5 field goal percentage helps a lot, too.

Dinwiddie is quietly contributing 16.1 points, 5.5 boards, 5.7 assists, and 2.0 threes with a 36.1 percentage from downtown; while Kuzma has dramatically improved his rebounding (9.2 per contest) while chipping in 15 points.

The Wizards have four 15-point scorers, and one 20-point scorer in Beal (he is at 23.3 right now, and his ceiling is considerably higher). Steady subs such as Raul Neto, Daniel Gafford, Deni Avdija, and Aaron Holiday have done what is required of them, and some of them hold some untapped upside, too. This team is also missing, at the moment, crucial contributors such as Davis Bertans, Rui Hachimura, and Thomas Bryant, so there is a lot of talent to work with.

The stats look great and all, but perhaps the coach’s biggest win in the season so far has been getting Beal to be more engaged and locked in at every facet of the game. We know the offense will come, but seeing him defend with so much will is certainly encouraging.

So, are the Wizards real? They are not the best team in the East like the standings currently say. The Miami Heat looks a cut above, and we can’t just forget about the Brooklyn Nets and the Milwaukee Bucks just because they have a worse record. The Chicago Bulls look much improved, too. But Washington has the tools, personnel, philosophy, and resources to fight for a top-three seed in the Conference. Will it happen? It’s too early to tell, but at least a top-five finish is likely. From there, they could be very dangerous in the playoffs. 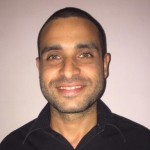