The NBA Free Agency has a lot of surprises this year. Several unexpected signings and trades are happening in the league this offseason. The Miami Heat were a team that was expected to be quiet this offseason but they surprised everyone by getting four-time All-Star Jimmy Butler from the Philadelphia 76ers. Now, the Miami Heat are reportedly interested in adding Bradley Beal to pair with Butler.

The Miami Heat are up to something big this offseason. They already made one big move acquiring Butler. Next on their list is Bradley Beal of the Washington Wizards. Beal’s name has been in the headlines since the start of the offseason as he became one of the best trade targets in the league. He’s one of the best shooting guards out there so there’s no question he’s been the main target of several teams for a trade. The Oklahoma City Thunder already showed interest in him, as well as the Los Angeles Lakers. Now, the Heat can try to acquire him from the Wizards and bring him to South Beach.

In an episode of ESPN’s “The Jump”, former NBA Player Matt Barnes said that he’s hearing the Miami Heat wanted to pair Beal with Butler.

Impact on the Eastern Conference

The trade would be huge, especially in the Eastern Conference. If the Heat can pull it off, Miami would eventually become a legitimate contender again. The competition in the Eastern Conference would be tighter. Pat Riley is not afraid to let go of their key players as long as they can bring bigger names to Miami. Josh Richardson was already gone to get Butler. Maybe Goran Dragic is next to get Beal.

Beal would be very useful to Miami. He is a bucket getter who can create his own offense. He is a deadly shooter, and he developed his game as a great leader when John Wall went out with an injury. Beal played all 82 games last season averaging 25.6 points, 5 rebounds, and 5.5 assists. That’s exactly what the Miami Heat need. Butler can anchor the defense while at the same time contributing on offense.

If they can pull it off, watch out for the Miami Heat. 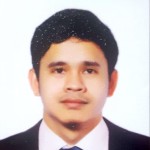 Civil Engineer. 26 years old. Writer in HoopLifeTV. Also writing for steemsports in steemit.com and scorum.com. NBA enthusiast. Favorite player growing up is Carmelo Anthony. I also like D-Wade and LBJ.