On March 11, 2020, a statement was released that the NBA suspends season for the near future – at least 30 days.

The Global Effects of the Coronavirus

At first, the NCAA announced on Wednesday that the annual “March Madness” National Championship Basketball Tournament would be played without spectators; and the same thing would apply to the conference tournaments taking place this week.  However, by Thursday afternoon, the decision was made to cancel the tournament altogether.

On Wednesday the World Health Organization declared the Coronavirus outbreak a pandemic. As a result, the leadership of many sporting organizations was forced to make decisions in response to the upgrade of the virus.

The first changes that affected the sporting community in the United States came from the cities of San Francisco and Seattle.  The cities banned large gatherings over 250 and 1000 people respectively.   This essentially banned spectators at any of the venues.  Some of the teams made the decision to play without the fans. The Golden State Warriors, for example, announced Wednesday afternoon they would be playing the Brooklyn Nets without any fans in attendance at the Chase Center.

The starting players were on the court while the officials and the coaches were together courtside for over five minutes before an announcement was made the game was postponed.  Social media was ablaze with speculation of why the game was postponed. It came to light Utah Jazz center, Rudy Gobert, tested positive for the COVID-19  Not long after that, the NBA released the following statement:

The NBA announced that a player on the Utah Jazz has preliminarily tested positive for COVID-19.  The test result was reported shortly piror to the tip-off of tonight’s game between the Jazz and Oklahoma City Thunder at Chesapeake Energy Arena.  At that time, tonights game was canceled.  The affected player was not in the arena.

The NBA is suspending game play folowing the conclusion of tonight’s scheudle of games until further notice.  The NBA will use this hiatus to determine next steps for moving forward in regar to the coronavirus pandemic.

Reactions were swift on social media as some of the league’s players found out about the suspension on social media or while watching the OKC vs Jazz game live on television.

Mark Cuban, the owner of Dallas Mavericks, reacted to the news as it broke during the Dallas game in progress. He reacted by promising to put something together to assist the hourly workers at the arena who would lose income because of the league’s suspension.  He said it’s about life and family, not basketball and money.

Mark Cuban reacts to the NBA suspending the season indefinitely because of the coronavirus. pic.twitter.com/k0sttl50Eh

There will be thousands of workers across the league who will be affected by the suspension. The teams and venues will lose revenue because of the indefinite suspension of play. In addition, local economies, specifically the service industry and the small business owners, will also be affected by the NBA’s decision.

Cuban wasn’t the only one to think about the arena workers affected. Kevin Love also stepped up to the occasion and donated $100,000 to the Cleveland arena employees who will directly feel the impact of the shutdown. The Cavaliers have committed to paying their arena staff as if they were working.  Tony Ressler, the Atlanta Hawks majority and controlling owner, also vowed to pay the workers at the State Farm Arena.

Everyone reacts differently to stressful situations. And the fear and anxiety resulting from the recent outbreak of COVID-19 can be extremely overwhelming.

Through the game of basketball, we've been able to… https://t.co/TPRULTtHor

On Thursday, the MLS, MLB, PGA,  and NFL followed the lead of the NBA’s suspended season. NASCAR announced there wouldn’t be any fans at their events.

In a time of confusion and hysteria, everyone hopes the Coronavirus can be stopped. 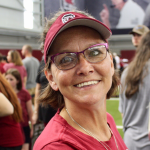