The end of the 2019 season saw a ton of coaching turnover. Once teams sat down to reflect on the state of their respective programs, heads began to roll. Now, the NCAA is ushering in a new era of sorts. Of course, the likes of Mike Krzyzewski, Tom Izzo, and John Calipari still reside at the top of the pecking order, but several teams will look to push those standards. Several teams with new coaches are flying under the radar, though they are definitely teams to watch out for next season.

The Crimson Tide have been a team on the rise for several years. Outgoing head coach Avery Johnson racked up a career record of 75-62 in four seasons as head coach, highlighted by a trip to the second round of the NCAA Tournament in 2018. He posted at least 18 wins in all four seasons and never finished below .500. However, he only posted one winning record in SEC play and reached the NCAA Tournament just once. He did, however, lead the Tide to three NIT appearances, making a postseason appearance every year.

Now, Nate Oats has been brought on to put the Tide over the top. Oats spent the last four seasons at Buffalo, compiling a 96-43 record. He led the Bulls to the NCAA Tournament in three of his four seasons, reaching the second round twice. Last season, the Bulls posted an astounding 32-4 record, officially putting Oats on the national radar.

The SEC is an ever-improving conference. Oats will be put to the test night in and night out in his new league, but if he’s up for the challenge, the Tide may turn in Tuscaloosa. Alabama could very well creep onto the national stage sooner than later.

The Arkansas Razorbacks have seen better days. Since their ascent to title contention throughout the early-to-mid-90s, they’ve spent more time in the gutter than toward the top. Outgoing coach Mike Anderson — an assistant on the 1994 championship team — brought the first shimmer of light since the downward spiral began. In his eight seasons, he compiled 169 wins to just 102 losses, never posting a losing season. In fact, he has never had a losing season in his head coaching career. The biggest issue is that Anderson was never able to get “over the hump.” He made the postseason five times in eight years, with all five appearances coming in his final six seasons with the Hogs. However, he never made it past the second round of the NCAA Tournament, which was long the standard in Fayetteville.

With Anderson now at St. Johns, Eric Musselman is the new head Hog. Musselman most recently coached at Nevada, leading the Wolf Pack to a 110-34 record in four seasons. His Wolf Pack won the CBI Championship in his first season and followed up with three consecutive NCAA Tournament appearances. His squad was bounced in the first round twice and made one Sweet 16 appearance.

At Arkansas, Musselman will have the resources to bring a former elite program back to the top. His NBA experience has left many in Fayetteville hopeful for the future, but the treacherous SEC could pose a large threat to the new coach.

John Beilein shocked everyone when he announced he would be leaving the Michigan Wolverines to take the head coaching job for the Cleveland Cavaliers. In 12 seasons with the Wolverines, he compiled a record of 278-150. In his final nine seasons, he made the NCAA Tournament eight times. In that span, the Wolverines reached:

That level of success would earn most coaches a statue. Beilein, however, didn’t want to ride off into the sunset in Ann Arbor, deciding instead to take a crack at the NBA before hanging it up. Now, former Wolverine standout Juwan Howard will take over.

Howard was part of the “Fab Five”, a team that changed the scope of the NCAA basketball world in the mid-90s. Howard’s only coaching experience came as an assistant for the Maimi Heat after his retirement from the team in 2013. However, the Wolverines seem to be all-in on their former star, as they signed him to a five-year deal. If nothing else, it will be an interesting storyline to follow. If he can sustain the success Michigan fans are accustomed to, it will be a home run hire. If not, it could still be a fun experiment.

To be blunt, the Nebraska Cornhuskers have never been a basketball school. They likely never will be. However, their new hire has already turned some heads in the NCAA world.

The Cornhuskers fired Tim Miles at the end of last season despite a relatively successful 19-win season in 2019. Miles finished his tenure as head coach just two games above .500 with a single NCAA Tournament appearance in seven seasons. He did, however, take the Cornhuskers to that lone appearance, the first since 1998 for Nebraska.

Now, former Chicago Bulls head coach Fred Hoiberg will take over. Hoiberg was very successful at the collegiate level before making the jump to the pros, posting a 115-56 record at Iowa State from 2010-15. He took the Hawkeyes to the Big Dance in all of his final four seasons, including one Sweet 16 appearance. In the NBA, his success was less than stellar, but did show signs of promise. In his first two seasons, the Bulls flirted with a .500 record, going 83-81 over that span. Then, instead of going over the hump, the wheels fell off. The Bulls went just 32-74 over the next 106 games before Hoiberg was fired.

His return to the college ranks, especially to a school with such little success in the basketball world, will command the attention of college basketball diehards. It could turn out to be the best move the ‘Huskers have ever made if it plays out. If not, it will definitely be worth the risk.

The firing of Billy Kennedy was slightly surprising, though it had been rumored throughout the 2018-19 season. Kennedy made it to two Sweet 16’s in his final four seasons with the Aggies, but his 14-18 mark last season was just not enough for Texas A&M. He took over a program in need of a boost and gave them just that, though his tenure didn’t end the way he had hoped.

Now, the Aggies have brought Buzz Williams on as their new head coach. Williams has had tremendous success over the course of his 11-year career. In his six seasons at Marquette, he led the Golden Eagles to five NCAA Tournaments, including two finishes in the Sweet 16 and one Elite Eight appearance. He then moved on to Virginia Tech where he racked up four postseason berths in five years, including three trips to the Big Dance. Last season he took the Hokies to the Sweet 16 on the heels of a 26-9 record.

Texas A&M is the third SEC school on this list, and Williams will face the same pressure as the other two aforementioned coaches. The league is getting significantly better as a basketball conference every year, and these hires reflect that standard. Schools are moving on from good coaches in search of great ones, placing a heavy burden on the shoulders of the new hires. Williams seems to be up for the challenge, but only time will tell. Texas A&M is a program that can be a solid national force if they can just break through the glass ceiling. 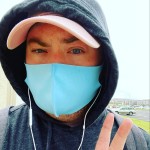 Chase is a Multimedia Journalism student at Arkansas State University. He is currently a Staff Writer for RedWolfReport.com and Last Word on Pro Basketball.

Chase is a lifelong Celtics fan, so he knows what heartbreak is.