Marcus Smart “The Freddy Krueger of the NBA”

Years ago, I was on my first vacation with my bride-to-be.  Her dad decided to invite us to join them on a trip to Myrtle Beach, SC.  Now, with the season winding down, I was preparing for the NBA Draft. I had a few players coming out of college I really liked for the Boston Celtics. We’re at Myrtle Beach and we are having a blast. All of a sudden, I get a notification that the draft is about to start. Luckily, we weren’t too far away from the room. Now, at this time, I never thought that Boston would actually pick the player I had my sights on – Marcus Smart. We watched the draft, and I was happily surprised to see the Celtics actually take Smart.

Marcus Smart was selected as the sixth pick in the 2014 NBA Draft by the Boston Celtics. Now, I know a lot of initial thoughts around the league were “Why?” or “What the heck?”. Not me. I had been watching Smart at Oklahoma State for most of the college season.

Smart had a fire and a determination about him that, as a collegiate athlete myself, I just connected with. Smart felt that he had every right to be on the court with the best of the best.

Marcus Smart just isn’t any player. He is one of the best defenders in the league and has proven himself on many occasions.

Smart’s Past and Future Improvements

Smart has grown in the NBA and truly progressed well. Most will say that he isn’t a solid contributor on offense, but Smart’s three-point percentage has been increasing year by year.

He shot 36% this year, which is a big boost from his 30% last year. This dude is a workhorse. He has come up big on numerous occasions, being the defensive anchor that Boston needed and will still need this upcoming year. What people don’t know is how involved he is in Boston. He holds camps every year and is always involved in the community.

I can talk all day about how well Marcus Smart has improved and how great of a guy he is. He is a great teammate and just says what needs to be said.

I’ve always enjoyed watching Boston play and they will always be my favorite team to watch. I do have other teams I like to watch, but nothing compares to seeing the Celtics in a heated game. A big part of that is seeing Smart make those key defensive stops he does down the stretch.

I, as many do, remember when Smart got two defensive stops on James Harden that resulted in back-to-back offensive fouls on Harden. Smart is a rare type of defender.  He will go up against some of the best in the league and holds his own. Smart is the nightmare that a lot of players don’t want to play against. He is the Freddy Kreuger of the NBA.

Smart is Going to Have to Step Up

This upcoming year I expect Smart to play an upgraded role in Boston. With Walker and Kanter now in Boston due to the falling-through of Plan A (pairing Kyrie Irving and Anthony Davis), the Celtics are now in a position to really build on something special.

They are investing in youth. Jayson Tatum and Jaylen Brown both have shown a lot of promise and Smart has been a great player that can speak on an experienced level and be a mentor to these young guys.

This past draft has proven to be positive. The recent signing of Carsen Edwards proves to be a promising signing after his outpour of scoring in the NBA Summer League. I know it’s just the Summer League, but this kid was scoring at will. Grant Williams has shown how well he can be a bump-and-grind player in the post. Nothing yet on Romeo Langford, but I think we all expect great things.

With the abundance of young guys on the way in, I see a lot of guys in Boston who can be leaders at some point. Smart will always be the first that comes to mind though. In my opinion, he epitomizes what it means to be a Celtic. 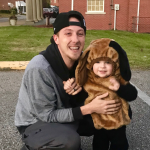 One thought on “Marcus Smart “The Freddy Krueger of the NBA””