It is 38 days until the NBA season begins.

With little happening in the league, there are still some stories that bear notice. My take on the 2020 NBA Finals, the Houston Rockets’ season projection, and more follow.

The Washington Mystics have secured the top spot for the WNBA playoffs.  Outstanding coach Mike Thibault and all-world talent like Elena Delle-Donne have driven the Mystics all season to keep their eye on the prize of an WNBA title, after last season’s finals sweep by the Seattle Storm.

Joe Johnson lit it up at the Big 3 tournament, taking the Charles Oakley-coached Triplets to the title and securing the MVP. The performance put Johnson’s name back in the ring and netted him an NBA contract with the Detroit Pistons. It will be interesting to monitor Johnson’s story and could open the floodgates for former players to showcase themselves for one last run at glory (Carmelo Anthony?).

NBA 2K20 debuted last Friday. The basketball juggernaut promises to provide NBA entertainment while creating controversy over player ratings. I have not tried the latest version.

While we gear up for the start of the NFL season and sit through Antonio Brown drama, we are still following the NBA goings-on and have a few observations heading into the 2019-20 season.

Here’s three that may or may not be on anyone’s radar:

LeBron James has (mostly) punched out.

This seems like blasphemy. After 15 NBA seasons, the man who has inserted his name in GOAT conversations pulled up stakes, abandoned the Eastern Conference that he had dominated for a decade and took his show to the Los Angeles Lakers.

He owns a house in Los Angeles, his children attend local schools.

What people may not have expected was a gradual wind-down to LBJ’s career and a transition to the next phase of his life. He applied to copyright “Taco Tuesday” (although the application was denied) and invested in media outlets. All that “Space Jam 2,” news we’ve heard? James owns the upstart production company responsible for the sequel. He is deeply intertwined with Nike but also has his own sneaker and clothing design company. Called “Unknwn”, the company is in the process of opening a second store in Miami.

The point is, LeBron has a lot of irons-in-the-fire off the basketball court and Los Angeles is exactly where he wants to be to further his brand and his fortune.

Secondary to that is the success of the Los Angeles Lakers. When LBJ lost it after game 1 of the NBA finals (remember the J.R. Smith non-timeout?) he broke more than his hand in frustration.  After 9 straight NBA finals, after carrying inferior teams to the mountaintop, it seems like the King believes he has done enough.

The move to the Western Conference was curious, from a basketball standpoint, the Lakers even more so. That even LeBron couldn’t get the Lakers to the playoffs was really all we needed to know about the situation. Anthony Davis will help but not enough without an engaged James.

Video of his lackluster effort on the defensive end and his unceremonious shut-down before the end of the season further bolster the idea that his mind is not of the same resolve that it was when he carried the Cleveland Cavaliers to the 2016 title. Speaking of that Finals performance, how could ‘Bron top that time when he singlehandedly took the title from the 73-9 Warriors?

What could he do in Los Angeles more impactful on his legacy than that? The blocks on Andre Iguodala and Stephen Curry are some of the finest highlights in NBA Finals history.

He’s just not going to do better than that and it looks like he’s made his peace with that.

From that perspective, the Lakers fall off of the contender list. Davis couldn’t carry the New Orleans Pelicans to much success despite talented teams. He’s not one to seize the leadership, particularly with James on the roster.  LeBron has been around long enough to read the tea leaves, his legacy is secured and the Lakers have not built the team around him to come out of a stacked West.

So, who are the contenders?

The 2020 NBA Finals will feature the Denver Nuggets and Milwaukee Bucks.

With what we know now, who are the contenders for an NBA title in 2019-20? In the East, there’s only a couple of sure things. Between Kawhi Leonard‘s move to LA and the shakeup in Boston, the East power structure looks like a three-team race with the Philadelphia 76ers hoping to build on their “Process”, the Brooklyn Nets taking an already exciting roster and adding Kyrie Irving and Kevin Durant, and the Milwaukee Bucks who only lost Malcolm Brogdon among their impact players. However, with KD out for the season, the Nets don’t look like too much of a threat in the 2020 NBA Finals.

The Lakers and Los Angeles Clippers improved vastly. The Golden State Warriors lost Kevin Durant but gained D’Angelo Russell to remain atop the pile. Oklahoma City blew up their roster, seeing much of their roster in new cities. Chief among those is Russell Westbrook‘s move south to the Houston Rockets. More on that in a bit, but the West was busy this offseason and that doesn’t even count the incoming rookie class that will see Zion Williamson ply his trade in New Orleans. The Utah Jazz added Mike Conley to an already scary roster, Portland returns Jusuf Nurkic to their WCF participants.

The East is straightforward, the West is more unpredictable.

The East Champs will be the Milwaukee Bucks

Predicting the Bucks to come out of the East isn’t much of a stretch. Joel Embiid is notorious for health problems and the Sixers can’t get to the mountaintop without his contribution, particularly on the defensive side. Giannis, the reigning MVP is primed to take another step, if that’s possible. If his jumper in the FIBA games is any indication, he’s added that dimension to his already formidable resume. That should carry the Bucks through the East and into the 2020 NBA Finals.

The West Champs will be the Denver Nuggets

Now, it’s no secret that I’m a Nuggets guy. I’ve lived and breathed Nuggets basketball since their inception in Denver. I can tell you this is the first time I’ve said those words with a straight face. The straightness of said face is directly related to the quality of this Nuggets basketball team.

Witness what Nikola Jokic is doing in international play, he’s slashing 83/80/90 and dominating play, albeit against some pretty shaky competition with the Phillipines and Puerto Rico on the opposite end of Nikola’s incredible play. We’ll see as the competition increases that Jokic’s ceiling is nearly unlimited. He’s certainly a top-5 NBA player at this point and he has yet to turn 25.

Add the return to health of Gary Harris who was never able to get on track in 2018-19, but when healthy is a top-3 shooting guard. A resurgent Harris will once again calm the Donovan Mitchell talk that eminates from Nuggets commentators that can’t seem to see what it is the Denver team and Tim Connelly are doing.

Jamal Murray comes in with his contract extension inked and also with his health not in question for the first time in his Denver tenure. Murray is driven to elevate his game. Nothing we’ve seen so far says that he’s even remotely reached his potential.

The incredible depth of talent gives rookies Michael Porter Jr. and Bol Bol (Porter is technically a rook since he didn’t play last year) the leeway to develop without the pressure of having an impact role, at least in the early season. Porter has had health concerns that linger after a minor knee issue kept him out of summer league play and Bol Bol is said to have a questionable work ethic/desire for the game. Things that are easily either corrected or identified, considering there will be no expectation from the young Oregon product.

Also, for those that are concerned that the Nuggets “stood pat” this summer, I offer Jerami Grant. I’d imagine that Grant may crack the starting lineup early, with Will Barton or Paul Millsap to overcome. He can play and defend 2-3-4, he is an elite defender and rebounder. He fits the Nuggets.

I have written for the last two years that 2021 and beyond would be a Nuggets dynasty. Roster moves and the incredible development of Nikola Jokic have moved that timetable up. A win in the 2020 NBA Finals could well be the beginning of the most special time in Denver Nuggets history.

Here is how HoopLifeTV predicts the upcoming season results!

So, getting back to the Rockets, who have been the Nuggets’ biggest nemesis over the last two seasons – they have made a seismic roster change. How will it play out for them?

Will the Houston Rockets be better with Russ?

Depending on how one evaluates team success, it’s hard to envision the Houston Rockets improving on the three-year run they’ve just come off.  They’ve piled up 173 wins in that time, an average of 58 wins per season.

They’ve made the Western Conference Finals just once in that time, though, and have never shown that they can overcome the Golden State Warriors. We could debate all day over why that is ( James Harden‘s gift doesn’t work in the playoffs being my take) but the fact remains that the Rockets are regular season monsters and playoff disappointments.

The path that Daryl Morey has taken with this year’s iteration is to jettison popular, solid point guard Chris Paul and add mercurial superstar Russell Westbrook.

On one hand, Westbrook’s game is so much more dynamic than Paul’s. The Rockets should be able to rely on Russ when Harden struggles in a way that Paul couldn’t produce. CP3 is slow and steady, low-mistake, low-risk, high-reward. Russ is a Tasmanian Devil with incredible athleticism.

On the other hand, Russ and Beard were unable to carry OKC to a title together. Both have established themselves as individual talent more than team facilitator. Two alphas rarely works, as one person must take a secondary role. It’s something Paul seemed to embrace to win but an aspect that is unclear if Westbrook possesses. Can the Rockets reach the 2020 NBA Finals on the backs of these two?

My take is that the Rockets got a little better with the swap but the West as a whole got a lot better. The conference is less top-heavy than it’s been and ultimately that will be the downfall for the Rockets. I’d put the Nuggets, Jazz, Lakers, Clippers, and Warriors ahead of Houston in the West – and I genuinely like Russ. The Houston model is not going to produce a champion, not while Harden continues to ply his edge-of-the-rulebook style. That could frustrate Westbrook and a frustrated Westbrook is an ineffective Westbrook.

The summer is a tough time for NBA fans, having to manufacture news and intrigue. Fortunately, we are less than two months from the real deal.

Feels more exciting across the board this year than it has in a while. 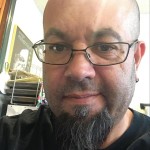