On March 10, The series Last Chance U enters a new season, but of course, there’s a twist. Instead of hitting the gridiron, the series centers on the hardwood of Junior College basketball. The series visits The East Los Angeles College Huskies basketball program with head coach John Mosley as they follow them throughout the 2019-20 season. We will dive into what we will expect from this season. Perhaps have some different perspectives on how the JUCO process works in terms of basketball and how these players try to get to Division 1.

In a lot of Last Chance U seasons from East Mississippi, to Independence, to Laney college, every person has a background story. The way the series is so loved by sports fans and people alike is because it shows that even athletes are human too. Rather the circumstances that they grew up with or if put themselves in those circumstances. The kind of situations that these players and even the coaches go through gives the audience something to relate to. Fully expect that there will be a large and diversified group of people from different areas with different circumstances.

When it comes to personalities in Last Chance U, they usually have pretty intense or pretty laidback personalities. Most of the pretty intense senses from the series usually come from the coaches being confrontational with the players and anybody. This season will probably have that same intensity to it, but it has a chance to be more personal. For one thing, basketball requires a lot fewer players than football, and that usually means a quicker time to know your players are. So if there are any off-court issues with players, we’ll probably see some intense confrontations.

The main character we see in the trailer is Head Coach John Mosley. He is seen as a coach who wants to win more than anything but he also shows he has empathy for his players. He would come if the players need them and would also pray for them as well. One of the players we saw in the trailer was DeShaun Highler. From the trailer, we learned he lost his mom prior to playing for ELAC. We also learned that she instilled the mental toughness that DeShaun has. From the trailer we only have a sample of what’s to come, so we could see a lot more coaches and players as the series goes on.

What makes a series like Last Chance U so great is that it shows authenticity, personality, and hardships. From the entire series in general, we learned how insanely hard it is just to play a sport in Division 1. Trying to balance practice, school, and time with friends could be draining for anyone. On top of that, there are also certain rules and guidelines that every athlete has to follow. In terms of basketball, it seems like it would be a harder journey to D1 compared to football on paper, because of the size of teams in basketball. With what to expect, we’ll get the intense and dramatic senses while also getting the authentic personalities that this series has to offer. 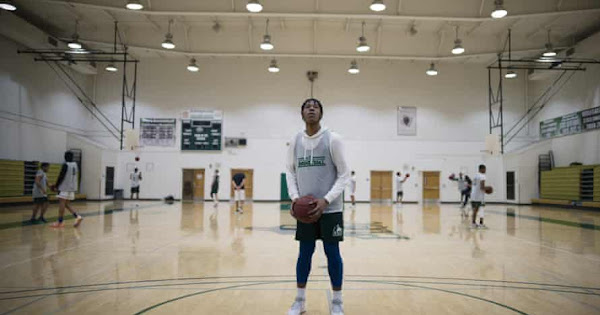