With less than three weeks of the regular season remaining, the NBA rookie of the year 2022 race is gathering steam. Scottie Barnes has been closing the gap rapidly on perceived frontrunner Evan Mobley.

Mobley has been pretty consistent for the Cleveland Cavaliers this season. He recently grabbed a season-high 30 points against the Los Angeles Clippers. No one really expected that Mobley will be thrown into the deep end, less than 60 games into his rookie season.

A fractured middle finger on the left hand of All-Star center Jarrett Allen ruled him out indefinitely. Mobley has since been shifted from power forward to a center and has delivered decent performances for the Cavs.

“Need him to step up more in J.A’s absence. You see it. He’s playing significant minutes. I think he’s played great. He’s accepted the physicality. On the offensive end, he’s taken it to the guys. Only going to get better from here.”

Statistically, Mobley has left little to doubt that he is the frontrunner for the rookie of the year award. He is averaging 15.2 points, 8.3 rebounds, and 2.6 assists. Miami’s Bam Adebayo and Chicago’s All-Star big, Nikola Vucevic, may have bullied him but Mobley fared way better than expected.

The match-up against the Bulls particularly stood out after Mobley delivered an appalling left-hand block that is synonymous with Defensive Player of the Year. “There is an emotional stability in him that you don’t see a lot in young players,” says coach John-Blair Bickerstaff. “I think he is doing a great job. You see the rebounding, patrolling the paint, doing all those things. Offensively taking advantage of his opportunities, his rolls, his relocations, and the creating when the ball is in his hands. He looks really comfortable.”

Barnes vs Mobley is up Next

His main challenger at the moment is the Toronto Raptors’ power forward Barnes. The two meeting on Thursday presents another exciting match in this regular season. Barnes eclipsed Detroit Pistons’ guard, Cade Cunningham, and will be gunning to lead the 2019 NBA champions past Mobley and his team.

One gets the feeling that a win for Barnes and good numbers in the process will go a long way in turning the tides to his favor. Of the two, he has been a better offensive player and scorer. Barnes recently grabbed a double-double in a 128-123 OT loss to Los Angeles Lakers and LeBron James had nothing but kind words for the 20-year-old.

“I saw Scottie Barnes for the first time in the seventh grade, and I told one of my good friends he was gonna be special. It may have been a surprise to some of you but it’s no surprise to me. It’s a beautiful thing to watch.”

The two will still have to contend and compete against Cunningham’s ability to run the Pistons offense this season. Appearing to have firmly put behind an injury-plagued start to the season, Cunningham has lived up to the expectations of the Number one pick that he is.

His team’s position will undo Cunningham’s impressive numbers of 15.7 points per game, 5.9 rebounds, and 6.1 assists. Both Mobley and Barnes are firmly headed for the playoffs while Pistons are currently last in the Eastern Conference.

Other notable mentions for NBA rookie of the year 2022 as the season enters homestretch are Orlando Magic’s, Franz Wagner.  He is the only rookie to have scored more than 1,000 points. This is ironic considering Orlando’s struggles in front of the net this season.

If we had such an award as the most improved rookie since the All-Star break, then it would certainly go to the Houston Rockets’ Jalen Green. He burst into the KIA rookie ladder top five standings for the first time since last October.

Other outside picks include Ayo Dosunmu of the Chicago Bulls who dropped 11 points against the Raptors on Monday night, three more than Scottie Barnes. The Golden State Warriors’ Jonathan Kuminga is also in the fray. 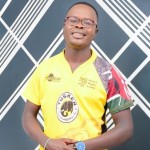 I am a multimedia sports journalist.