Could Marcus Smart be the Problem in Boston?

The Boston Celtics started to figure things out in late January, and continued to storm the league through February. More specifically, from January 20th through February 26th,  the Celtics won 14 of 17 games. In this time, Jayson Tatum soared into stardom, scoring 29 points per game on 49.1% shooting from deep. As a result, the team was scoring 117.6 points per game. Something stopped clicking, though, as the team had gone just 2-4 in their last six games before the hiatus, barely squeaking out wins over the Cleveland Cavaliers and Indiana Pacers. Meanwhile, the team’s scoring has dropped to just 109 points per game. What exactly is the reason behind their recent struggles? A possible, and perhaps even likely, answer to that question, is Marcus Smart.

Smart’s spent all six years of his career playing for the C’s since being drafted with the sixth overall pick in 2014. Let’s make one thing clear off the bat: his defense is nothing short of stellar. In his career, Smart is averaging 1.6 steals in just 29 minutes per game. His defense even earned him a spot on the NBA All-Defensive team last season, and has gotten his name thrown around in this year’s Defensive Player of the Year conversation. Marcus Smart’s determination and hustle is unmatched, and it’s earned him a special spot in most Bostonian’s hearts.

A quick glance at his on-off court numbers for the C’s tells the basic story though – Smart isn’t a good offensive player for Boston. When Smart is on the court, the Celtics have an effective field goal percentage of 51.9% and an offensive rating of 112.9. When he’s on the bench, those figures rise to 54.1%, and 114.4. We didn’t stop looking there, though, and what we found should lead you to the same conclusion we’ve drawn.

Marcus Smart Is Flat Out Inefficient

Smart has had some big offensive games this year. I’m not going to deny that he comes up with some clutch buckets, nor the fact that he makes dazzling plays at times. What you also cannot deny, however, is this – he’s one of the most inefficient shooters in the league. Among the 124 players who take at least ten shots a game, Smart’s 38% rate from the field is the fourth worst. He should not be taking nearly 12 shots a game, especially with as many talented scorers as there are around him.

Furthermore, Smart rarely produces when it matters the most. When the Celtics are either winning or losing by ten or less points, Smart shoots 36.8% from the field and 33% from beyond the arc. When the score margin is greater than ten points, he’s a 41.4% shooter, and even connects on 40.2% of his long balls. A basket is a basket, but when the game is close, Smart’s not the guy you want shooting the ball.

His best scoring games don’t translate to wins, either. In the six games this year where Smart has scored 22+ points, Boston has won only one game. It might make sense that his big scoring games only come when the top-players aren’t producing, and thus lead to losses. Yet, there’s a number of other stats that catch the eye and raise some questions.

The most glaring issue with Smart this year is the fact that the Celtics have seemingly played better when he plays less. There’s a number of stats that support this argument. To show this, the Celtics this year have gone:

Some of these games overlap, obviously, but all of these numbers together tell a story. The Celtics have won almost all of their games without Smart on the court this year. In games he does play, the C’s also tend to win most of their games when Smart gets less playing time. In addition, they play better when Smart’s getting less time with the ball on offense, as well as when he takes fewer shots. Flipping those figures around tells the same story, unsurprisingly. The Celtics this year have gone:

There’s no real way to deny or counter-argue the claim that Smart is hurting this team on the offensive end. This is a team with Kemba Walker, Jayson Tatum, Jaylen Brown, and Gordon Hayward all sharing the ball. Kemba and Tatum were All-Stars this season, while Brown (a fringe All-Star) and Hayward both shoot at least 49% from the field. The Celtics need those four players running the offense more often, not Marcus Smart. 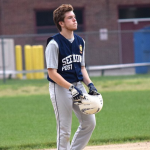